Mercedes is rich in history 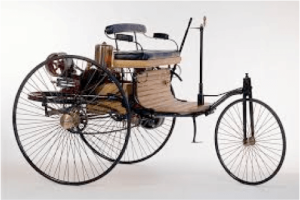 Mercedes created the first automobile in 1886. It was a three wheel bicycle looking contraption that consisted of a steel tube frame, wooden panels and a small gasoline powered engine that produced 2/3 horsepower. It was slower than a horse and the horse was it’s biggest competition at the time. From there they went on to create W15 and W136 in the 30’s, the 190 and 300SL in the 50’s, W110 and the famous 600 in the 60’s, the SL and SLC 107 series in the 70’s. Mercedes proves over and over again that they are one of the top companies in the industry to date. Not many can compete with the engineering and luxury that is a standard in their vehicles.

Two guys in a garage 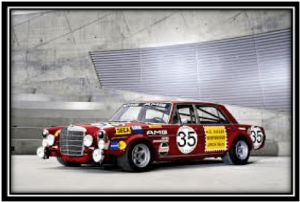 In 1967 Erhard Melcher and Hans Werner Aufrecht, former Mercedes engineers, founded AMG to start a separate high performance division for Mercedes. AMG started out as an independent engineering company specializing in performance improvements on Mercedes vehicles. In 1971 they were able to introduce the famous 300SEL 6.3 V8 salon, a.k.a the “Red Sow.” AMG models are typically more aggressive looking with higher performance, better stability, better handling and the use of carbon fiber extensively to reduce weight. AMG engines are all handcrafted by a single engineer. Piece by piece one of about 50 AMG Master Engine Builders puts together an engine from start to finish. One man, One engine. The final step the engine-maker takes is to attach an engraved signature plaque to the engine cover. You can’t get that kind of quality anywhere these days. Everything is mass produced with so many hands touching each product it’s hard to find the heart behind it all. NOT in this case. You can even meet the person who built your engine.

In the 80’s Mercedes actually built the first self driving vehicle with the help of funding from the European Union. 800 million euros and a few years of development later, an S-Class drove itself from Germany to Denmark and back hitting speeds up to 109 mph. Time is what you make of it; Mercedes teamed up with Swatch watch company of the 80’s to build a car and you have probably seen one driving around today! Swatch CEO Nicholas Haynek wanted to build a funky car that could be stylized like his watches creating the Smart Car; Smart = Swatch Mercedes ART.

What does the future hold for Mercedes?

Don’t ask us! We’re no mind readers. However, we do think they are probably working on some pretty incredible things. Look out for the self driving hydrogen electric F 015 Concept Car! This shows they are working toward the future of autonomous vehicles. With such a rich history who knows what marvels they will come up with. They can only go up from here, and we don’t mean spaceships! 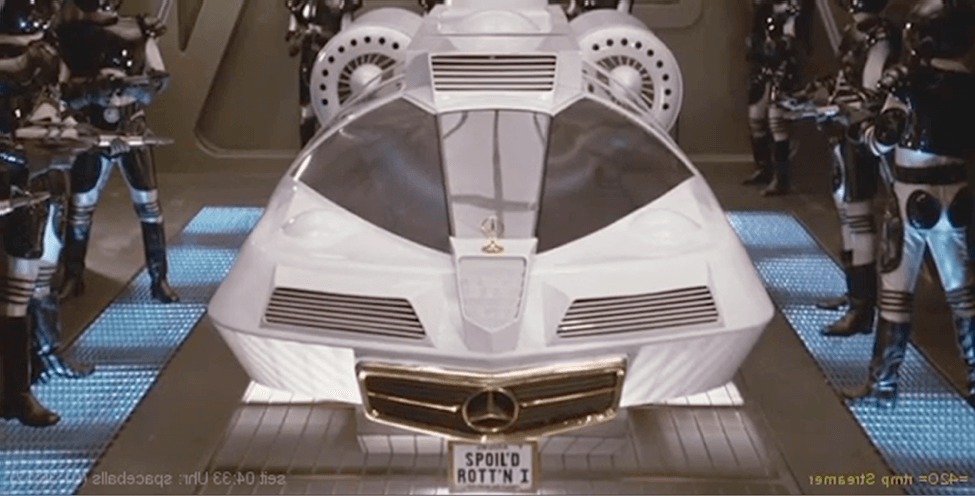 What Sets Us Apart

We are the 7 time winner of Long Beach’s Readers Choice Award for Best Independent Automotive Repair Shop. When an entire city speaks, that lets us know we are doing something right.

We were recently awarded Top Shop Certification from RepairPal due to our commitment to quality standards, exceptional customer service and professional repairs and services at a fair price.

Becoming a AAA approved shop is not easy. Less than 10% in Southern California get to make that claim. We are dedicated to meeting the highest standards in repairs, cleanliness and overall customer experience.

We have long been committed to ensuring
we have the most up-to-date diagnostic equipment, as well as fully certified ASE Master technicians in more than 22 service bays to get your repairs done quickly and professionally.

We Do It All

ACA the one-stop shop for all of your automotive repair and maintenance needs. From engine and transmission repairs to oil changes and smog checks, we will get the job done. We even sell tires from all major brands.

We understand how valuable your time is and offer a free local shuttle service to your home or work. Need a rental car? Rent from our partner, Enterprise, during longer repairs. We even offer early bird and after hours drop off services to accommodate your busy schedule!

As the largest independent automotive repair facility in California, the foundations of our business are professional repairs and services, exceptional customer service and quality standards.

With 22 service bays, our facility is capable of handling your repairs or maintenance services quickly and professionally.

With 4 express smog lanes, our team can efficiently test your vehicle based on the performance standards of the STAR smog check program.

As a STAR Certified Smog Check Station, we meet the high performance standards required by the BAR and are qualified to test and repair your vehicle.